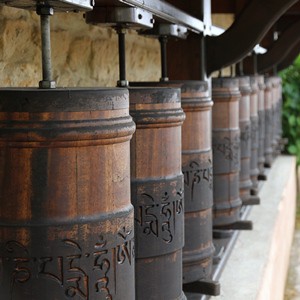 Kagyu Dechen Buddhism North West runs a network of groups and centres. Above all, we provide opportunities for people to study and practice Buddhist meditation, including online classes.

Lama Jampa Thaye set up Kagyu Ling (Place of the Kagyu) in Manchester in 1975. This established the Kagyu tradition here in the north west of England.  Kagyu is one of the main schools of Tibetan Buddhism, founded in Tibet in the 11th century.

Part of the Dechen community

Kagyu Ling and its regional groups are part of the Dechen community. Dechen is an international association of the Karma Kagyu and Sakya traditions of Tibetan Buddhism, founded by Lama Jampa Thaye under the spiritual authority of Karma Thinley Rinpoche.

Dechen runs centres, groups and retreat centres throughout the UK and worldwide. These offer a wide range of activities, for example Buddhist meditation classes and courses.