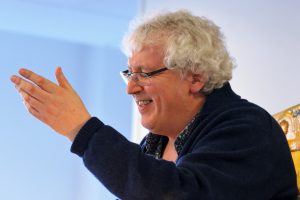 One of the most important texts of Kagyu Buddhism will be the subject of Lama Jampa Thaye’s teaching in Manchester on 1 and 2 December 2018.

The Jewel Ornament of Liberation by Gampopa is the key manual of study and practice in the Kagyu tradition.

It gives a complete explanation of the Buddhist path from its starting point to the achievement of enlightenment, and is relevant to anyone who has a serious interest in Buddhism.

Buddha nature, precious human life, impermanence, karma, suffering, loving kindness, compassion and the six perfections are among the topics covered in the Jewel Ornament of Liberation.

Gampopa (1074 – 1153CE) is one of the most highly respected Tibetan Buddhist masters, and was a student of Milarepa.

The event on 1 and 2 December will cover the first part of the lengthy text. The teaching will continue in 2019.

On Sunday afternoon,  from 2.30pm to 4.30pm, Lama Jampa will give the initiation of Chenrezi from the Chikshe Kundrol.

While anyone with a serious interest in Buddhism is welcome to attend the teaching, the initiation is open only to those who have taken refuge, i.e. made a formal commitment to Buddhism. Anyone interested in taking refuge should contact Kagyu Ling Buddhist Centre. (See contact details below.)

You can book and pay in advance:  buy tickets online

There is no charge for under 18s. Concessionary  and half day tickets can be bought at the venue on the day by cash, debit or credit card.

Lama Jampa is one of the most important Western Buddhist masters, and is the founder and main teacher of Kagyu Dechen Buddhism North West. He visits Manchester several times each year to give Buddhist teachings.